Welcome to Dirk Benedict Central – the only OFFICIAL website for news and information about Dirk Benedict.  Learn where and when he will next appear, any upcoming projects, etc.

We also talk about his many roles (including Starbuck and the Faceman), about Macrobiotics – basically all things Dirk Benedict, and more; we are a community of friends, people who initially came together to celebrate Dirk, his career, and his books, but who discovered that we have much more in common.

So if you’d like to join us on our members-only forum (Dirk’s Works), or just want to see what’s coming up for Dirk, take a look back at his previous work, or any combination thereof, we bid you a warm welcome and hope you enjoy, and come back often!

If you are an event promoter and would like to invite Dirk Benedict to appear at your event, please email me at “webmaster at dirkbenedictcentral dot com” (I spell it out like that to confuse the spambots…), and I will forward your request along.

“There is a divine moment in our lives when we become One. It is called pro-creation and it is reborn continually and forever in the future we call children.
They are our destiny and we are theirs. The extent to which we fail as parents… we fail as God’s Children.” 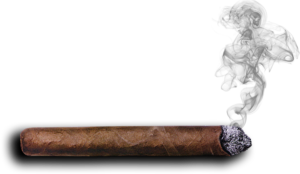 A few items we need you to know:

**8/4/2021: Just an update to say I have no updates yet. Dirk will be in San Jose at Silicon at the end of this month, at ICT Con in Wichita in September, and at the Fanboy Expo in Columbus on November 5.

Unfortunately, we still have not been able to confirm his appearance at the Wales Comic Con later in November. Regardless of what you may have heard from other sources, neither Dirk nor I have received word, one way or the other, if his booking for this event survived the pandemic delay. We hope it did and his omission from their guest list is just an oversight, but until we get notified by the event organizers, his appearance there remains TENTATIVE ONLY – and remains on our list only because we want it to happen…

That’s all I’ve got right now. Keep watching, because you’ll get any new information when I do.

**Even the best of intentions will go awry…

Thanks to the hundreds – perhaps thousands – maybe millions – of spambots, unscrupulous advertisers, malware producers, sex-trade purveyors, and other evil, compassionless, troll-like dregs of humanity, our “Contact Us” function has inundated me with a growing daily number of unwanted spam messages, which is overwhelming the legitimate contacts we get through that function.

I have, therefore, turned it off until such time as I can find a system that is less vulnerable to such hijacking.

I have a stack of messages to go through, so please bear with me. In the meantime…

!! We presently do not have a mechanism to provide autographed photos upon request. Such things are in future plans, but are not realizable at the moment. Please don’t expect a response to such requests – yet.

!! I genuinely enjoy passing along to Dirk how much his fans love and appreciate him, but under the circumstances if you don’t mind holding those expressions for the moment, I will be grateful.

!! If you are organizing an event you would like Dirk to attend as a guest, please email me at webmaster @ this domain with your details, and I’ll get it into the right hands.

I do appreciate your understanding, and hope you enjoy looking through our site.

Do you like soccer (or, as the rest of the world calls it, football)? Dirk does in a big way, and it has become a family affair.